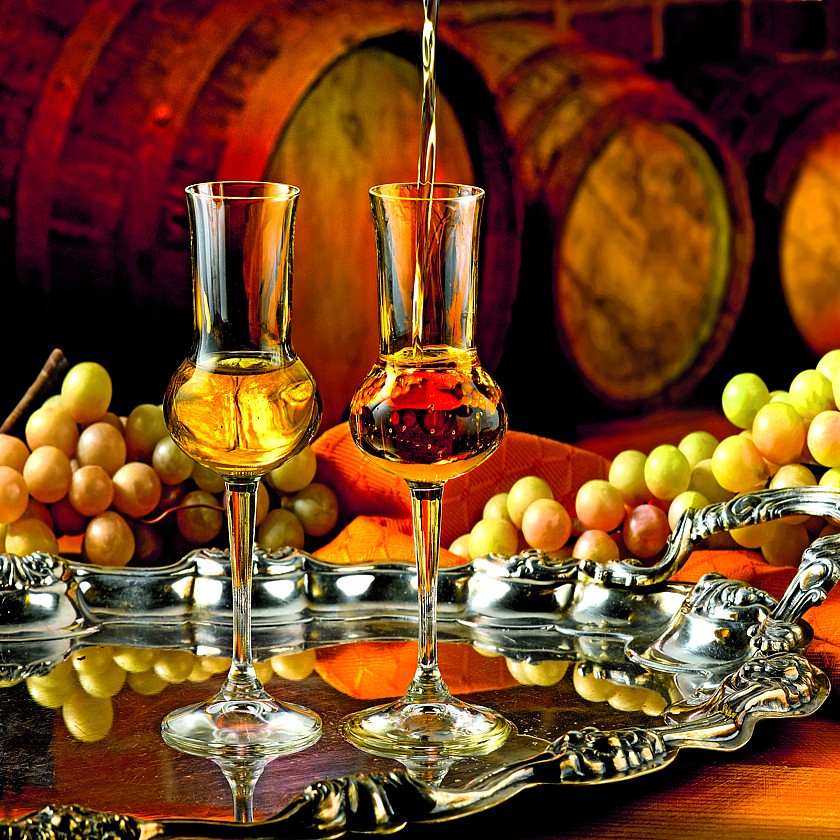 It can settle a stomach after a demanding dinner and temptingly ‘smooth out’ a coffee. In the north of Italy grappa shines out like a star among the rest of the spirits. This means the local vineyards can offer two exceptional crops.

“It’s great on its own as a digestif. I can say from experience that when someone drinks a grappa, it is never just the one,” says Lukáš Hanzl, bar manager of Prague’s Tretter’s bar. Italians love grappa and despite its difficult beginnings, when it had to overcome the prejudice that nothing noble can be made from the left overs of wine production, its popularity is growing, even beyond the borders of Italy.

Although the Italians themselves are not exactly sure at what temperature grappa blooms the most – some serve it at home straight from the freezer, the National Grappa Institute recommends drinking young grappa at nine to thirteen degrees Celsius, riserva at around 18 degrees Celsius – producers and fans alike agree that it has proven beneficial effects on digestion, regardless of the temperature you prefer to serve it at. The cooler the serving temperature, the less likely you are to appreciate its taste and smell. Heat releases the aroma, allowing one to become more intimately acquainted. A typical result of when a love for grappa intertwines with a love of coffee, which simply had to be in Italy, is caffécorreto. This is an espresso ‘corrected’ with a few drops of grape brandy. Sometimes the Italians drink coffee and grappa separately, sometimes they use a drop of grappa to rinse out the cup of sweetened espresso, regardless of whether it’s after dinner or in the morning.

What to pour it into?

The aroma of cultured spirits, among which a good grappa mostdefinitely belongs, is perfectly complex and stunning. Without a proper glass, which allows just the right amount of aroma to enter the nose, it is impossible to study and enjoy it. And grappa is no different. “Every manufacturer most likely serves it in his own way, but I think that, in general, no grappa is hurt by room temperature and a flute glass,” says bartender Hanzl. A tall, tulip-shaped glass allows one to take in the grappa on the tongue and the olfactory cells at the same time. Traditionalists can also get by with a classic ‘shot’ glass. Regardless of how you drink it, grappa represents a pleasant way to end a meal.

From the bottom to the heights

Grappa has a relatively short life story, which, moreover, did not have a particularly illustrious beginning. Distillation has been around since biblical times, people were reliably distilling alcohol in the twelfth century. About four hundred years later the Jesuits in Spain, Italy and Germany studied and later codified the techniques for the production of brandy and grappa, which are still used today. The modernisation of grappa distillation, which proved crucial for its improvement, however, came about in the eighteen eighties in Northern Italy. Among the modern methods that have proven successful in recent years, include the heating of pomace in a water bath or steam distillation, another plus was the distillation of pomace in a vacuum, using different kinds of grapes and maturing in barrels made of various kinds of wood, so that the resulting spirit acquired its taste, for example, oak, acacia or cherry.

Wheat from the chaff

Although grappa production has come along way over the last twenty years, and the ugly duckling has turned into a confident white swan, even today it is worth knowing how to recognise a decent pomace spirit. The basic rule is this: grappa must smell good. The raw material from which it is distilled are the solid residues after pressing grapes – i.e. husks, twigs, stems and pips. There is no need to test it directly on the taste buds; the nose should give you the basics: if you wet a finger in grappa and rub it on the back of your hand you should feel a fresh smell, which hides at least a hint of grapes. Grappa that doesn’t please the nose will not please the stomach. It is also important that it is not greasy. The pomace always has some oil from the grape pips, however good producers manage to remove them or reduce them to a minimum by filtration and distillation. A poor grappa contains a lot of oil, which then becomes the main culprit of the morning hangover.

Grappa under the magnifying glass

Only a spirit, which is distilled from the remains of grape pressings in Italy, San Marino or in the Italian cantons of Switzerland can bear the name grappa. Spirits made of grape pomace that come from other countries are given names such as raki, rakija, orujo, ctripouri or arak. The alcohol content of grappa is in the range of 35 to 60 percent.

There is not just one grappa

The taste, smell and colour also depend on the type of wooden barrels the grappa is aged in.

Giovanna orbianca- Young, clear, bottled shortly after distillation. It has a delicate aroma, is dry with a clean flavour.

Affinata – Grappa, aged up to 12 months in a wooden barrel.

Invecchiata orvecchia– Aged grappa which matured for 12 to 18 months in a wooden cask prior to bottling.

Stravecchia or riserva – Very aged, matured for more than 18 months.

Monovitigno – Made from a single type of grape pomace

The history of grappa

The Poli Grappa Museum lies in the capital of grappa – Bessanodel Grappa, in Veneto, at the foot of the Alps. The Museum showcases the development of the Poli family who, generation after generation, have been dedicated to the craft of distilling since 1898. In a historic palace dating from the 15thcentury you will learn about the hazards and conditions of production through a guided tour, photos and descriptions. In addition to the pictures there are also displays of the equipment that was used to make grappain the past.

The best Italian grappa in 2013

Last June in Asti in the Piedmont region last year’s Alembic D ‘ Oro 2013 brought the freshest batch of award-winning producers of grappa. 35 distilleries attended the competition with 98 anonymous samples in various categories. The awards were decided upon by 42 judges from ANAG (the Italian Association of Grappa and Brandy Tasters) each of them tasted at least seven samples, and chose 38 that deserved a medal. 3 distilleries gained the most awards:

Two medals were awarded to: 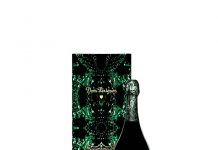 THE BEST OF SEAFOOD 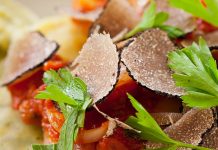 THE TRUFFLE, THE MAN AND THE SAD SWINE