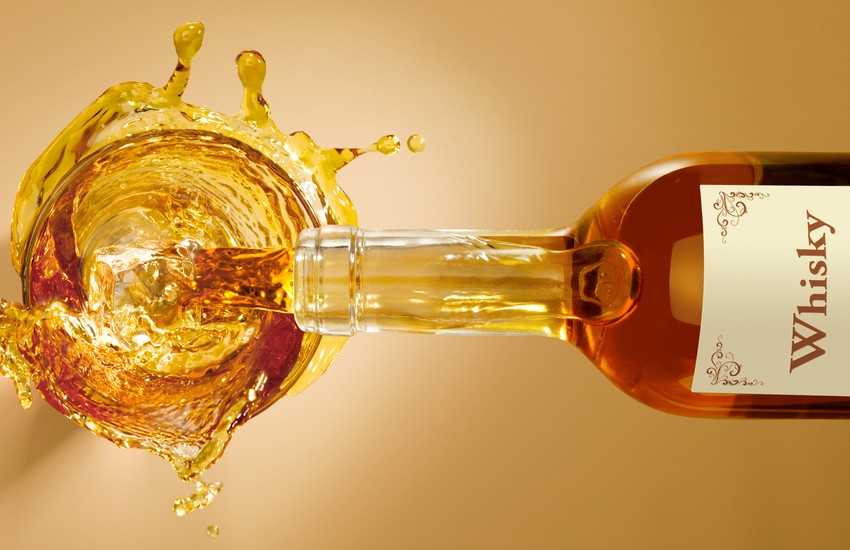 There is beauty in simplicity. And whiskey is no exception. It is made in Scotland from pure water, barley and active yeast. The royalty of whiskies are the single malts, whiskies that come from one malt and from one distillery.

„Single malt whisky has a more pronounced flavour profile, one that is unique for each distillery,” says Filip Stranský, the single malt bartender from AnonymouS Bar, describing single malt whisky. The flavours of whisky are full, rich and very diverse. With their smoky flavours exceptional specimens from Scotland can set the bar very high for a novice. It is best to reach for the single malts, or a blend. That’s the only way to discover the charm of “living water”.

The same as beer

Just as with beer, the basis of whisky is sprouted grain, which is dried just at the right moment. In the case of Scotch, it can even have smoke from smouldering peat, thus giving the future whisky another taste dimension. Hot water is then poured on the ground, dried grains and yeast is added, which turns the sugar solution into alcohol. It is now time for distillation, so the whisky has a suitable alcohol content. Scotch whisky is mostly distilled twice. The subsequent maturation in oak, sherry or bourbon barrels allows the whisky’s character to develop over time.  After several years of maturation, the spirit is poured out, water is added to give it the best concentration of alcohol and it is sold with a “single malt whisky” label. “The resulting taste always depends on the type of grain, the barrel in which the product matures and also on the local water. This is how every whisky gets its specific taste,” says bartender Stranský.

It is best with a drop of water

How should whisky be enjoyed? Anyone who wants to discover all of its flavours and aromas should drink whisky at room temperature to allow them to develop. Don’t forget the nose. It is not necessary to stick your entire nose in the glass; your sense of smell would be dulled by the alcohol vapours. Simply bring the glass to your nose slowly until you can smell its subtle aroma. Take a taste and before you swallow allow it to spread over your tongue and palate.

For many people the alcohol in whisky is too intense for them to immediately find out how to appreciate it. So there is nothing untoward in adding a couple of drops of water and trying its taste again. You can continue diluting until you find your balance. “Every person has a different set of tastes, so in the end it doesn’t matter if whisky is served on ice cubes or in a cocktail. A lot of our guests enjoy an old-fashioned twist made of Connemara Abott’s bitters or smoky 16 year old Prince from Islay Lagavulin with grapefruit bitters and a dash of Fever Treetonic. In general, however, the best way to drink whisky is neat in a tasting glass on a stubby stem along with water and a pipette for dilution,” says Stránský the barman from Anonymous Bar.

Whisky is produced in Scotland and in Canada; in contrast, whiskey is produced in Ireland and in the United States. The basic difference is that Scotch whisky is distilled twice, Irish whiskey three times, although it is not quite so dogmatic. Irish whiskey also lacks a smoky taste, because peat is not used to dry the barley. Even though, albeit exceptionally, it is possible to find a whiskey in Ireland with smoky flavours. However, what is 100% true, is the fact that Irish whiskey comes from Ireland or Northern Ireland and Scottish whisky has its homeland an island on, in Scotland.

How to choose the right single malt?

It’s best to ask an expert, in a bar or in a shop that specialises in single malts. To start with a little bit of advice – don’t make a decision according to the price, rather choose according to the age. In the case of the price, the higher is not necessarily the better; likewise a low price doesn’t necessarily mean poor quality. A guide for making the correct choice is the fact that the whisky was bottled in Scotland, and also that the names of the whisky and the distillery are the same on the label.

Where to go for single malt whisky?

According to the World Whiskies Awards 2014 the following are some of the best Scotch whiskies:

It comes from the Scottish island of Mull. It matures in old sherry barrels. On top of the whisky it also smells of figs, orange marmalade and smoke.

It comes from the Scottish county of Perthshire. It has a smell like heather honey, vanilla and burnt wood.

It comes from the East Lothian area of Scotland, which is on the borders of Scotland. It has a fruity and spicy scent supplemented with vanilla.

It comes from the Scottish area of Banffshire. It has a fruity smell reminiscent of oranges, pineapple and candied fruits as well as sherry.

Barley turns into malt by soaking in water and within about three weeks it sprouts, it is dried and reheated.

The cooked grain and barley is added to hot water. It turns into a liquid mash.

Yeast is added and transforms the sugar into alcohol. After three to four days it gives rise to a fluid that is about ten percent alcohol.

The liquid is heated up to the point where the alcohol evaporates, but the water doesn’t form steam. The alcohol is collected in a special container.

Adding water dilutes the whisky to the optimal concentration of alcohol. The whisky is poured into wooden barrels and sealed so it can mature.

The resulting whisky is poured into glass bottles, which do not affect its taste.