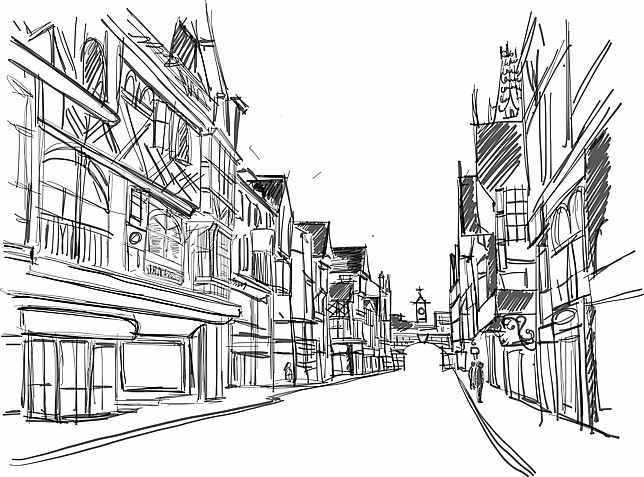 Pařížská Street is the hub of luxury, shopping and stores, that is common knowledge. But there are also a lot of things that you probably didn’t know about this Prague street.

Pařížská Street is approximately 500 metres long. The fastest runner of all time, Usain Bolt, would run it in under a minute. If he ran a world record, he could master this route in under 55 seconds.
Jan Železný, the world record holder in javelin, would need five of his record throws to get to the end of the street. Although Pařížská Street is right in the historic centre of the city, there’s no shortage of greenery. In all there 48 trees lining it, not counting those in the small park. If you go from the Old Town Square along the right-hand pavement, you’ll pass 26 trees, on the other side there are 22.

The street arose during the clearance of the Jewish Town in the 19thcentury. It was to have been a part of an avenue that was to have led from the National Museum on Wenceslas Square ending up in Letná. The original plan was to have copied the Parisian Avenue des Champs-Élysées. Due to a lack of financial resources and the resistance from the inhabitants of the Old Town, the plan was shelved.

At the start, in 1901, the newly created street was originally called Mikulášská. It got its current name, Pařížská, in 1926. From 1940-1945 it was called Norimberská (Nuremberg), in 1945 it regained the name Pařížská. Two years later the street was once again renamed, this time 5. května (5thof May). In the very same year, i.e. in 1947, the name Pařížská again returned to the street, which it still bears today.

– There are 27 houses on Pařížská Street, 12 of them have an odd number and 15 an even number.

– The house at number 3 is currently closed and undergoing reconstruction.

– The street has one hotel (InterContinental), two restaurants (Les Moules and CantinettaFiorentina), two bars (Bugsy’s bar and Barock), one place specialising in coffee (Nespresso) and one theatre. There are also 42 boutiques.

– The first company to open its boutique on Pařížská Street was Hermes in 1997. So far the last boutique to appear is Porsche Design, which was opened in December 2013.